Baptism In The Book Of Acts

Here is a compiled list of all references concerning baptism found in the book of Acts. We learn that when the early church began to establish itself, baptism and being filled with the Holy Spirit accompanied true repentance. For each scripture reference, there will be a short explanation of the passage. All scriptures are from the NASB version.

Throughout all these references, you will see that they all have commonalities. All of which are needed for a complete rebirth transformation according to John 3:5. To learn more about salvation, read next steps article.

After hearing the gospel preached by Peter, all those who heard were convicted of their sins, then asked what was needed in order receive forgiveness. Peter gave the initial process for a complete transformation. This “formula” will be seen carried throughout every believers transformation story.

Acts 2:37-41
Now when they heard this, they were pierced to the heart, and said to Peter and the rest of the apostles, “Brethren, what shall we do?” Peter said to them, “Repent, and each of you be baptized in the name of Jesus Christ for the forgiveness of your sins; and you will receive the gift of the Holy Spirit. For the promise is for you and your children and for all who are far off, as many as the Lord our God will call to Himself.” And with many other words he solemnly testified and kept on exhorting them, saying, “Be saved from this perverse generation!” So then, those who had received his word were baptized; and that day there were added about three thousand souls.

Philip came to a place where there were many unbelievers. Once Philip preached the gospel along with miracles, the people believed. As part of their belief, they were baptized. Simon, a sorcerer, turn from his ways when he saw the power of the gospel. Although he tried to take advantage of this power, the repented from this thought.

Acts 8:5-13
Philip went down to the city of Samaria and began proclaiming Christ to them. The crowds with one accord were giving attention to what was said by Philip, as they heard and saw the signs which he was performing. For in the case of many who had unclean spirits, they were coming out of them shouting with a loud voice; and many who had been paralyzed and lame were healed. So there was much rejoicing in that city. Now there was a man named Simon, who formerly was practicing magic in the city and astonishing the people of Samaria, claiming to be someone great; and they all, from smallest to greatest, were giving attention to him, saying, “This man is what is called the Great Power of God.” And they were giving him attention because he had for a long time astonished them with his magic arts. But when they believed Philip preaching the good news about the kingdom of God and the name of Jesus Christ, they were being baptized, men and women alike. Even Simon himself believed; and after being baptized, he continued on with Philip, and as he observed signs and great miracles taking place, he was constantly amazed.

Philip was taken to the desert to a certain man who he found reading scripture. Philip explained to the man what the scripture meant and how they all concerned Jesus. Although it is not mentioned, we can assume that the gospel was taught in the midst of the conversation. Once he heard what Philip taught, he immediately wanted to get baptized.

Paul, who was first called Saul repented from persecuting the Church after having an encountering with Jesus on the road to Damascus. After prayer and fasting, God sent Ananias to minister the gospel to Paul. He came to Paul, laid hands, and baptized him.

Acts 9:10-12, 17-19
Now there was a disciple at Damascus named Ananias; and the Lord said to him in a vision, “Ananias.” And he said, “Here I am, Lord.” And the Lord said to him, “Get up and go to the street called Straight, and inquire at the house of Judas for a man from Tarsus named Saul, for he is praying, and he has seen in a vision a man named Ananias come in and lay his hands on him, so that he might regain his sight.” … So Ananias departed and entered the house, and after laying his hands on him said, “Brother Saul, the Lord Jesus, who appeared to you on the road by which you were coming, has sent me so that you may regain your sight and be filled with the Holy Spirit.” And immediately there fell from his eyes something like scales, and he regained his sight, and he got up and was baptized; and he took food and was strengthened.

Peter was sent to speak to a Gentile man and his household. After Peter preached the gospel to this household, their hearts were soften and the Holy Spirit fell on them. Peter commanded that they be baptized in water after seeing them getting baptized by the Holy Spirit.

Acts 10:47-48
“Surely no one can refuse the water for these to be baptized who have received the Holy Spirit just as we did, can he?” And he ordered them to be baptized in the name of Jesus Christ. Then they asked him to stay on for a few days.

After hearing the teaching of the gospel given by Paul, a woman’s heart was opened. She approached Paul and although it is not specified, the passage alludes that Paul preached to her household as well. After Paul preaches to the whole household, they were all baptized.

Acts 16:13-15
And on the Sabbath day we went outside the gate to a riverside, where we were supposing that there would be a place of prayer; and we sat down and began speaking to the women who had assembled. A woman named Lydia, from the city of Thyatira, a seller of purple fabrics, a worshiper of God, was listening; and the Lord opened her heart to respond to the things spoken by Paul. And when she and her household had been baptized, she urged us, saying, “If you have judged me to be faithful to the Lord, come into my house and stay.” And she prevailed upon us.

Paul was placed in jail for preaching the gospel. While being in the jail cell, the walls and doors shook and broke the prisoners free. The jailer considered his life lost because he thought the prisoners fled. Once Paul yelled to him, the jailer wanted to know more about this God Paul preached. Once Paul preached the gospel to the jailer, he and his household were baptized.

Acts 16:27-34
When the jailer awoke and saw the prison doors opened, he drew his sword and was about to kill himself, supposing that the prisoners had escaped. But Paul cried out with a loud voice, saying, “Do not harm yourself, for we are all here!” And he called for lights and rushed in, and trembling with fear he fell down before Paul and Silas, and after he brought them out, he said, “Sirs, what must I do to be saved?” They said, “Believe in the Lord Jesus, and you will be saved, you and your household.” And they spoke the word of the Lord to him together with all who were in his house. And he took them that very hour of the night and washed their wounds, and immediately he was baptized, he and all his household. And he brought them into his house and set food before them, and rejoiced greatly, having believed in God with his whole household.

Acts 18:5-8
But when Silas and Timothy came down from Macedonia, Paul began devoting himself completely to the word, solemnly testifying to the Jews that Jesus was the Christ. But when they resisted and blasphemed, he shook out his garments and said to them, “Your blood be on your own heads! I am clean. From now on I will go to the Gentiles.” Then he left there and went to the house of a man named Titius Justus, a worshiper of God, whose house was next to the synagogue. Crispus, the leader of the synagogue, believed in the Lord with all his household, and many of the Corinthians when they heard were believing and being baptized.

Paul encounters disciples that had believed before the death of Christ. They had received baptism of repentance that was preformed by John. Paul taught them the baptism of Christ regarding His death and resurrection and once they heard this, they were baptized into Christ and received the Holy Spirit.

Acts 19:1-5
It happened that while Apollos was at Corinth, Paul passed through the upper country and came to Ephesus, and found some disciples. He said to them, “Did you receive the Holy Spirit when you believed?” And they said to him, “No, we have not even heard whether there is a Holy Spirit.”And he said, “Into what then were you baptized?” And they said, “Into John’s baptism.”Paul said, “John baptized with the baptism of repentance, telling the people to believe in Him who was coming after him, that is, in Jesus.” When they heard this, they were baptized in the name of the Lord Jesus.

Paul gives his testimony to a group. We read his transformation above under “Ananias Ministers To Saul“. In this passage below, we see that Ananias urges Paul to get baptized without delay. This gives us a sense that baptism was performed immediately upon being preached to and after believing.

Acts 22:14-16
And he said, “The God of our fathers has appointed you to know His will and to see the Righteous One and to hear an utterance from His mouth. For you will be a witness for Him to all men of what you have seen and heard. Now why do you delay? Get up and be baptized, and wash away your sins, calling on His name.” 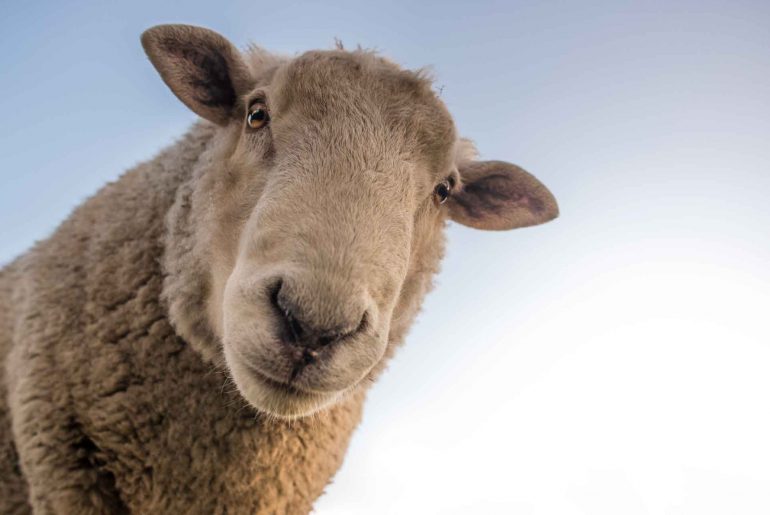