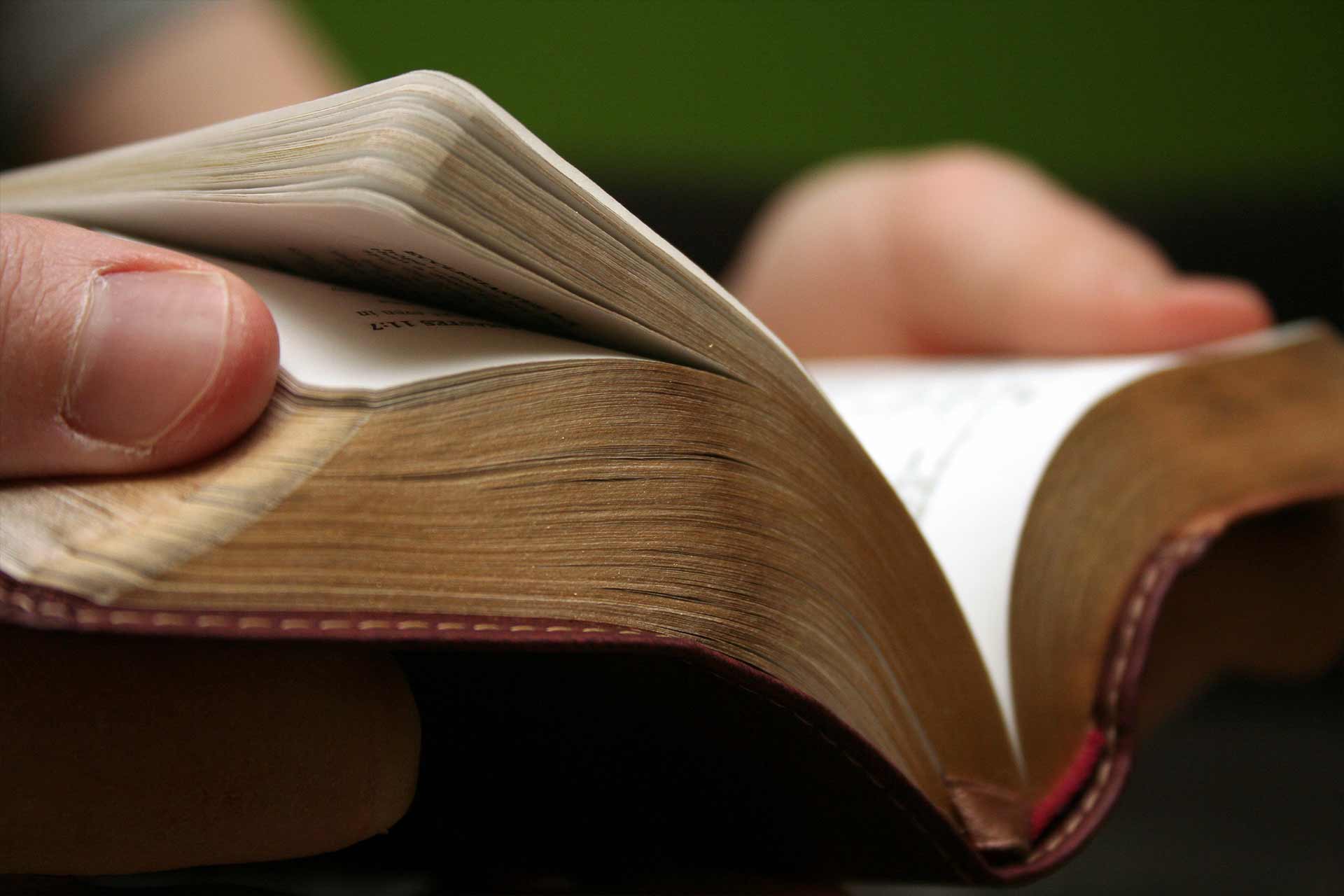 This well known verse brings to light the very definition of God and the deity of Jesus Christ, yet many people are baffled when trying to conceive this mystery. Is Jesus fully God? Is he fully human? Or both? It is important to understand who Jesus was in order to have a better relationship with him. There are many teachings on who Christ was and many doctrines have sprung from them, such as the Trinity and the Oneness doctrines. We will not get into these at the moment but rather stick with scripture for now.

If we say that Jesus was God, questions arise such as, “How was God in Heaven at the same time Jesus was on earth?” or “How did Jesus talk to God, who was in Heaven if Jesus is God?”. The scripture says that The Word was with God, yet was God. We know that Jesus was that Word spoken of in this verse (which we will cover later ). So I guess this is like me, who is with me, is me. These questions have weighed on many for years but because of the fear of unraveling a truth outside of popular belief, many people have kept themselves from searching for answers. There are many scholars and theologians that say the deity of Christ and the Godhead is a mystery and that we should not question it. That there are just things that we are not meant to understand, like God but John 17:3 tells us differently.

“And this is life eternal, that they might know thee the only true God, and Jesus Christ, whom thou hast sent.”
John 17:3

We are meant to know God and Jesus Christ, so can we answer these questions? With the help of the Holy Spirit, yes we can.

Let’s dissect this verse to see what John was saying when he wrote this. Jesus came to earth claiming to be the Son of God. We can already see a separation of the two as you can not be the son of your father and still be the father at the same time. But yet John says that the Word was God. Are these two facts contradicting themselves or have we just not fully understood the whole deity? It would seem that God himself was in Jesus, making a combination of the two. God speaking from Heaven said,

This statement in itself reveals to us the embodiment of God the Father in His Son, Jesus Christ. When he said in whom I am well pleased, he was saying that he was “well pleased to dwell in him”.

Jesus himself was not God, but a human. God is a spirit and came into the flesh that He created in Mary from himself and for himself making the human, Jesus, the Christ. The blood that Jesus carried in himself was the blood of God as stated in Acts 20:28

“Take heed therefore unto yourselves, and to all the flock, over the which the Holy Ghost hath made you overseers, to feed the church of God, which he hath purchased with his own blood.”
Acts 20:28

Jesus did not have Jew blood, he had God blood. He was the offspring of God which God then entered to redeem the earth to himself. The moment that God’s Spirit entered Jesus at his baptism, Jesus and God became one, therefore making Jesus God on earth. For He said,

Understand that before the baptism and the union of God and Christ, Jesus was only human and the Spirit of God hovered and watched him throughout his youth.

With these facts on the table, there is a clear difference between Jesus and God. There are many scriptures that confirm the deity of Christ, all pointing back to this conclusion: That Jesus was the human vessel that God used, but that was not God himself. God entered this vessel, making Jesus our Christ and reconciling the world back to himself through His Son, Jesus Christ. To put it simply, the name Jesus alone, is to point to the humanity of our Messiah and the title of Christ, added to His Name, is to point to his divinity. So when we speak of Jesus, we speak of him as human and Jesus Christ as Immanuel, God with us. Things just became clearer now. Lets look at how John 1:1 confirms what we have discovered.

In the beginning was the Word

God’s creation was initiated by a single word spoken by Him and what he spoke came into existence. Although verse 3 records a specific created element (Light), we can assume that before light, the earth and the heavens were created in the same way, through His spoken word. So when God spoke for the first time, The Word (Jesus) began to exist for he is The Word.

and the Word was with God

This Word began to exist after God spoke for the first time, whenever that may have happened. And this Word dwelled with God from the beginning. Colossians 1:15-17, speaking of Christ says:

15 Who (Jesus) is the image of the invisible God, the firstborn of every creature:
16 For by him were all things created, that are in heaven, and that are in earth, visible and invisible, whether they be thrones, or dominions, or principalities, or powers: all things were created by him, and for him:
17 And he is before all things, and by him all things consist.
Colossians 1:15-17

It was Jesus that created all things and all things that were created were not created but by him. For as Jesus is the Word of God, then the Word (Jesus) created all. We also see here that Jesus was the image of the invisible God, the firstborn of every creature. So whatever Jesus was, it represented God. Jesus was born at some point in time, and this isn’t speaking of the birth in the manger. Every Word that proceeded out of the mouth of God became the most precious and most valuable part of God than anything else. So valuable, that God loved it as His only begotten Son.

“And the Word was made flesh, and dwelt among us, (and we beheld his glory, the glory as of the only begotten of the Father,) full of grace and truth”.
John 1:14.

or in another translation

The word was made to be “as The Son of God”. One more verse for clarification

“No man hath seen God at any time; the only begotten Son, which is in the bosom of the Father, he hath declared him”.
John 1:18.

Jesus is in the bosom of the Father, and has been with him from the very beginning until God decided to give Him to the world as a sacrifice.

This word, God spoke into existence and when he spoke it, it was the first creation of God in the sense that before speaking anything into existence, God dwelt alone in his own power and majesty.

and the Word was God

Today we say things like, “you are as good as your word.” or “I’ll take your word for it”. These phrases state that the word you have spoken is a reflection of you. Any one person can take your word as a token of your promise and commitment. So in this sense, God’s word is a reflection of himself and the word he spoke from the beginning became God from the instant that he spoke it. Words that proceed out of a persons mouth, separate from that person making them two separate beings. A person can take a word spoken by someone and hold to that word even if the person who spoke it is not present. If the President of the United States gives a declaration, his words immediately go into effect throughout the nation whether or not he is present. Likewise, once God’s word is spoken, it never comes back void. For Isaiah 55:11 says

“So shall my word be that goeth forth out of my mouth: it shall not return unto me void, but it shall accomplish that which I please, and it shall prosper in the thing whereto I sent it.”
Isaiah 55:11

Christ said in another scripture,

“Heaven and earth shall pass away, but my words shall not pass away.”
Matthew 25:25

God’s Word became a living word known as The Word of God. This Word dwelt with God from the beginning and it is what created the world and everything in it. This Word that was from the beginning now lived with God but was also God as it is in his bosom. Anything that God ever spoke became part of The Word, Jesus Christ. Even Christ himself, stated that he didn’t know anything unless the Father told him. Christ relied on His Father to speak the words in order for him to act upon them.

So what then can we say, that Jesus is God fully? Ponder on this, God entered Jesus to reconcile the world to himself. On the cross Jesus cried out “Father, Father why hast thou forsaken me?” God extracted himself from the vessel the he called His Son. This picture is a perfect description of the true sacrifice God gave to the world. He gave His only Son so that all that believed in him, could be saved. There is much more to cover and many more verses to visit so please continue to join us as we share God’s good news to the world. 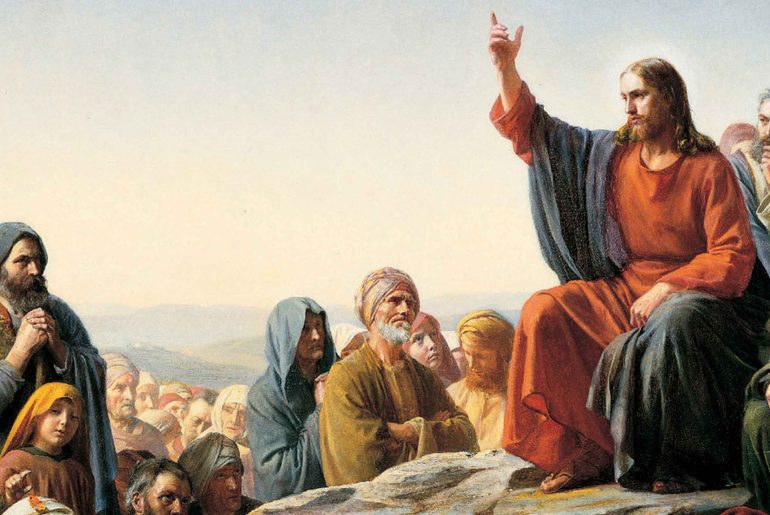