We will be working backward with this article. Believing scripture as it hath said is a cornerstone topic for the One Way Gospel Ministry and should have been one of the first articles written. This study should be done by every individual since what the scripture says is our foundation. The world is in a dark place right now. Religions and man-made customs are overtaking biblical truths. It is time to bring the Gospel back to its navel which is the Word of God. We can easily get lost in the weeds when trying to break this topic down so we will keep it at a high level. You can head over to the Bible Study on YouTube for an in-depth version of this topic. Let us begin with the statement Jesus himself gave.

John 7:38
He that believeth on me, as the scripture hath said, out of his belly shall flow rivers of living water.

Rivers of living water flowing out of you is to have the indwelling of the Holy Ghost within you (see John 4:14). It is our desire as Disciples of Jesus to have an overflowing of the Holy Ghost. However, this can only happen if we believe Jesus as the scripture hath said. The written word is not only a book of testaments but it is our foundation: it is key for our hope and our salvation. The word of God is our rock and Jesus said that upon this rock, He would build His Church (see Matthew 16:18). The rock is the revelation of who Jesus is and that revelation is the core of our faith. We call ourselves “Christian” because we claim to follow Christ. If that is the case, we should not follow just any doctrine but instead, follow the words that Jesus left us and those words as Doctrine.

What we need to note in John 7:38 is in order to believe on Jesus, we need to know what the scripture hath said about Him. Jesus didn’t say to believe on Him as your friend hath said, nor as youtube hath said. Neither did he say to believe Him as your Pastor hath said. Jesus also went as far as to not include the Spirit into the equation. Scripture says to test every spirit (see 1 John 4:1). The Holy Spirit is the giver of truth as it stated in John 14:26. However, the Spirit will not write new scripture about Christ in you, but will only confirm scripture that has already been written. Jesus said in John 6:63 “the words that I speak unto you, they are spirit and they are life.” The Spirit that is dealing within us, the Holy Spirit, is the word that God spoke through his Prophet and Apostles.

As The Scripture Hath Said

In John 7:38, Jesus isn’t saying that we should believe on him as we think Jesus should be. Thoughts such as: “well, I don’t think that God would do that.”, “I don’t think that God is that type of God.” “I don’t think that Jesus said or did those things.” This is the pure definition of leaning on your own understanding. When we do not read scripture but only listen to an occasional sermon on the characteristics of Jesus, we won’t consistently get the whole picture of who He really is. Then, when we hear scripture about Jesus, we may be inclined to think that since we have never heard these things about Jesus, they must not be true.

Jesus removes all doubts from our minds when He said that anything scripture says about Him, we should believe it. Now, in order for Jesus to have said these words with authority, He must have fully believed that the scripture is pure, true, and in its proper translation. When Jesus stated the phrase of John 7:38, it wasn’t just in passing as a conversation to one of His Disciples. If you go back one verse, it says that Jesus “cried, saying.”

John 7:37
In the last day, that great day of the feast, Jesus stood and cried, saying, If any man thirst, let him come unto me, and drink.

Jesus stood and cried that He was the source of the water. He was the one that could refresh us with Life. Then He went on to say, and I am paraphrasing here, that if you don’t believe the words I speak with my mouth then search the scripture and believe on me as they say (see John 5:39, John 7:38). Consider the passage in the book of Timothy. Every word in the scripture planned and etched with perfection.

2 Timothy 3:16
All scripture is given by inspiration of God, and is profitable for doctrine, for reproof, for correction, for instruction in righteousness:

Scripture In Our Age

John 6:63b
…the words that I speak unto you, they are spirit, and they are life.

The church has the tendency to say the scriptures we have in front of us (English translation) are translated from one language into another, therefore, they don’t mean what they are supposed to mean. If this is the case, we must re-evaluate our entire belief which is based out of the scripture we have in front of us. Are we saying that there are errors in the scripture we possess? Are there inconsistencies or is there anything that can stray us from the truth by reading the translated version? If that’s the case then we must go back to the original language to understand Christ and discard of your translated version on your way out the door.

You see, Hebrew, Greek, and Aramaic are not God’s languages. God’s language is Spirit. If we say that we need the Hebrew scripture to understand the word of God then what about the Greek? And we say that we need the Greek version to understand then what about Aramaic? It is not the language that tells you the truth about God, it is the spirit that tells you the truth about God. We must hold to every word that we read in the scripture for it is vitally important to study the word, else we miss a lot of information. Every character and punctuation is vital to note.

For example, in Acts 1:15 when it talks about those people in the upper room, we skip over a word. When someone asks you how many were in the upper room, 120 is typically the answer given. Scripture says that there were about 120 in the upper room. Not important? Or what about the well-known passage about the thief that comes to kill, steal, and destroy? That passage is clearly not talking about Satan, our adversary, or else it would have said it. We must quote scripture within the context of what it is referring to, else we are leaning to our own understanding.

What about salvation? John 3:16 says that whosoever believes on him shall not perish but have everlasting life. Mark 16:16 He who believes and is baptized shall be saved. Ephesians 2:8 for by grace are ye saved through faith. Each one of these verse have been a separate foundation for various denominations. Some believe all you must do to be saved is believe, others believe that being baptized saves you, while others believe you have nothing to do as God’s grace has already saved you. We must take all scripture as inspired and rightly divide them for our perfect growth.

It is easy to take a verse and place our own take on it. Many of the times the creative spin is not intentionally designed to mis-lead anyone. Yet, if we are not careful to keep the scriptures in its proper context, mis-leading is exactly what we may end up doing. If there is one thing you should take from this article, let it be that every word that is written is for our perfection. Therefore, let us not misuse the scriptures. Let us take all inspired text and create an entire timeline and teach the Gospel rightly divided.

If you have enjoyed this article, please like, comment and share with your friends and family. Our goal is to spread the Gospel with everyone and we could use your help to make that happen. If you would like to contribute to this ministry financially or a guest blogger, we would love for you to reach out to us. God bless you and your families. 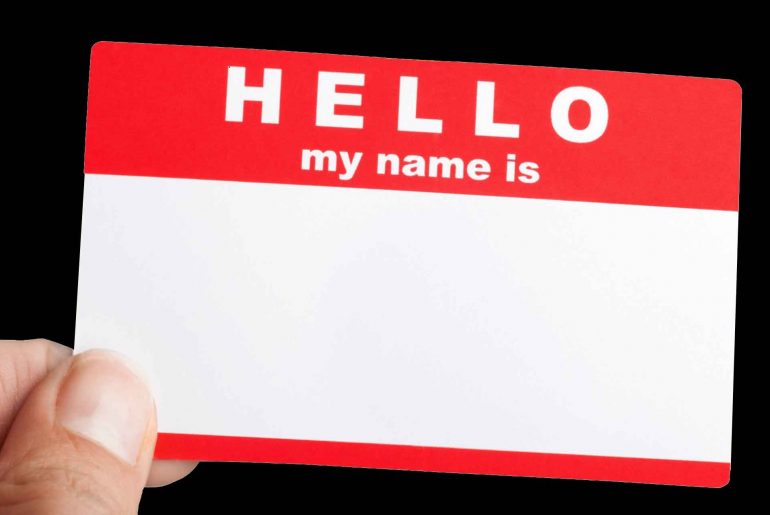 What Is That Name?

Baptism, The Power Of The Water