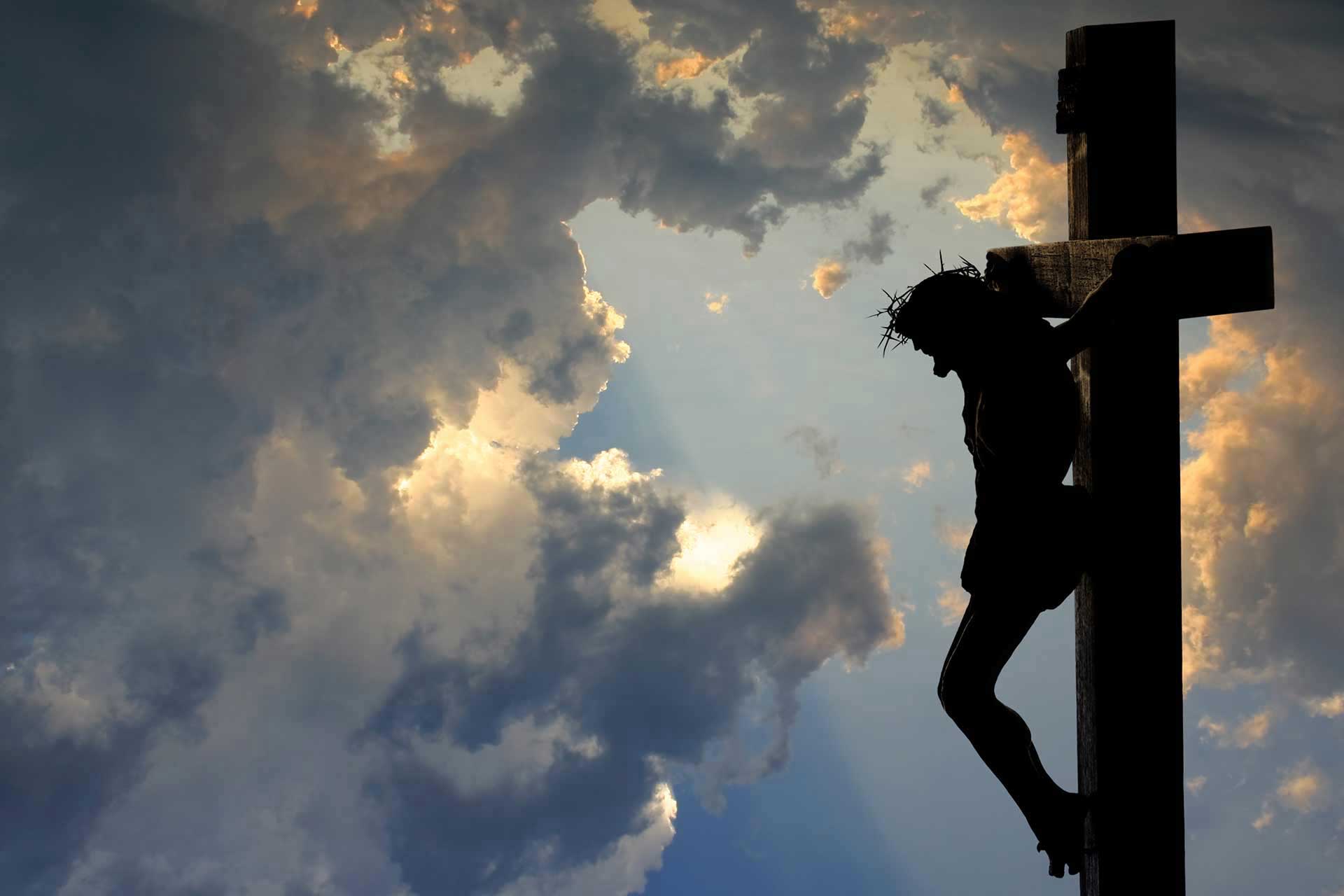 The Word of God

There is an ongoing subject here at One Way Gospel to discuss the definition of “The Word of God” used in scripture. Let’s continue this by diving deeper into scripture to find what this word was and how it relates to Christ.

For there are three that bear record in heaven, the Father, the Word, and the Holy Ghost: and these three are one.

There is a clear individuality given to “the Word” in this passage that goes along with the first chapter of John,

John 1:1-5, 10-14
1 In the beginning was the Word, and the Word was with God, and the Word was God.
2 The same was in the beginning with God.
3 All things were made by him; and without him was not any thing made that was made.
4 In him was life; and the life was the light of men.
5 And the light shineth in darkness; and the darkness comprehended it not.
…
10 He was in the world, and the world was made by him, and the world knew him not.
11 He came unto his own, and his own received him not.
12 But as many as received him, to them gave he power to become the sons of God, even to them that believe on his name:
13 Which were born, not of blood, nor of the will of the flesh, nor of the will of man, but of God.
14 And the Word was made flesh, and dwelt among us, (and we beheld his glory, the glory as of the only begotten of the Father,) full of grace and truth.

We associate this Word to being Jesus as it is stated in verse 14 “And the Word was made flesh..” and this Word made flesh “dwelt among us.” We believe Jesus to be that Word and by this verse, Jesus is to be referred to as being God. While scriptures show that Jesus was God in the flesh, it also expresses that he was God always. However, there is a reason that the word “Word” has a separation from Jesus himself and I want to search the scriptures to see what this separation means and how it ties the Son back to the Father and the Holy Ghost.

Father, we pray that you will give us guidance and direction to search your word for all truth and that we through your word will understand you with a clearer vision. We desire to know you and to get closer to your plan. We know you sent your Son to die for our sins so we could get to know you better. This was Jesus’ prayer and this is our prayer. Amen.

I have asked myself why 1 John 5:7 didn’t state “For there are three that bear record in heaven, the Father, the Son, and the Holy Ghost: and these three are one.” If it had, we could close the books, accept all doctrinal teaching on the Trinity and move on. This scripture, however, specifically says that the three that are one are: The Father, The Word and the Holy Spirit. The Son is not part of this equation and its meant to be so. Jesus was not the Word of God alone but rather was a vessel to hold the Word of God and made to execute the plan of his father. Jesus himself backs this statement up every time he mentioned that he could not do anything without The Father first telling him to do so.

What was he implying here? If it pleased God to allow the whole Godhead to dwell in Jesus, that meant that Jesus was holding the entirety of God within himself, thus making God present on earth. Yet, there are plenty of words that God has not spoken into existence so this would mean that Jesus doesn’t know all. I understand that all this may sound off the normal Gospel teachings but let’s look at scripture some more. Read John Chapter 5 for within this chapter you will read that Jesus is but isn’t making himself equal to God. Here are some passages from that chapter.

Then answered Jesus and said unto them, Verily, verily, I say unto you, The Son can do nothing of himself, but what he seeth the Father do: for what things soever he doeth, these also doeth the Son likewise.

I can of mine own self do nothing: as I hear, I judge: and my judgment is just; because I seek not own will, but the will of the Father which hath sent me.

John 5:37-39
37 “And the Father himself, which hath sent me, hath borne witness of me. Ye have neither heard his voice at any time, nor seen his shape.
38 And ye have not his word abiding in you: for whom he hath sent, him ye believe not.
39 Search the scriptures; for in them ye think ye have eternal life: and they are they which testify of me.”

Jesus is telling the Pharisees many truths that in their time were considered blasphemy. I think we sometimes still feel this way about certain teachings we hear or read and without we judge them to be blasphemous. Jesus stated that he didn’t have the power to do anything without His Father showing (through visions) him first. So in other words, Jesus contained the fullness of God and every time God spoke another word, that word then entered Jesus which then gave him power that God spoke.

Think of a personal memory box that you may begin to collect from childhood. This box is obviously going to be filled with important memories made throughout your life. There is no way that you can obtain the fullness of your life in this box but you can collect the most valuable things you hold dear to remember in the future. One limitation you will find is that you cannot fill the box with future memoribilia. Once you experience a life event, you take a portion of that experience and house it in your life box. The great thing about a memory box is that anyone can go through it and know all about you with just the content they see within. You do not have to be present to explain your life because the things you have collected through your life will do the explaining for you.

Before anything was made, there was God. God was before all that was ever made. There was no other God and there was no parts of God. So if you put God in this analogy, he is the memorabilia collector. The memories created are the words that God speaks. The box is the vessel that holds the words in it. With God there is no future so you will have to use some natural imagination to help visualize this further. So there is no future with God as every second for him is now. Scripture says in Genesis 1:1 that “In the beginning God created”. The beginning is the word “for the start of a thing” and this thing is time. Time started when God began to create by speaking. Speaking is the action of conveying information or expressing one’s thoughts and feelings in spoken language. So whenever it was that God spoke his first word, time began to exist. Now, this does not mean that God didn’t speak until the creation of the earth (however long that was), but it does mean that before the first created thing, God was still in all his glory. The first word that God spoke became the Word of God. That word spoken was now a living and moving being because there is life in the word of God. The word “Word” in scripture isn’t only referring to just any word, it is a verb. The word “Word” is an action word and this word is alive. Amen!

So coming back to the analogy, God has now “experienced” a life event. He spoke his word and this word is a valuable part of him. For this word isn’t the only part of him but it is he himself. From the moment God began to speak, he has and is collecting every word and is places them into his vessel (memory box). There is never a word that God speaks in vain. God is a God of his word. When God’s word goes out, it will complete the task that it was set out to do. God does not have to be present to explain his word, you can go to his word and see for yourself what God is like.

Just like with the memory box, God cannot add anything that he has not spoken into the box until he speaks it. So as time goes on, everytime he spoke and speaks, he adds that to his “collection”. Although scripture never specifically spells this out, if you read in between the lines, you will gather that the Word of God was God’s beloved. God loved his word so much that it became his proverbial son through Jesus (The human vessel). For it says in John 1:14

And the Word was made flesh, and dwelt among us, (and we beheld his glory, the glory as of the only begotten of the Father,) full of grace and truth.

We beheld him (The Word) “as the only begotten.” The word, as we have gathered by now, was an excerpt of God himself. So in other words, this would make the Word of God separated from God yet God himself. What a mystery we have all throughout the scriptures. So what am I saying here? I want us to really understand that the Word is much more than we sometimes think it is. The Word was made flesh when God created a body on earth known as Jesus and placed His Word into this body so that the Word could carry out the task it was set out to do.

This, like many other subjects, can go on forever. There are more scriptures and we will cover them all in later posts. God bless you and I pray that God will continue to show you more from His Word.

At A Glance: One Way Chick Tract

The Revelation of Jesus Christ